Hackensack, NJ – March 16, 2017 – Champions Oncology, Inc. (Nasdaq : CSBR) engaged in the development of advanced technology solutions and services to personalize the development and use of oncology drugs, today announced its financial results for the third quarter ended January  31, 2017.

Ronnie Morris, CEO of Champions, commented, “This was a solid quarter of execution for Champions, with our strongest-ever quarterly bookings reinforcing management’s long-term confidence in the business. Year-over-year revenue growth continued at a 40% pace, even while timing-related issues tied to individual customers impacted our top line. The acceleration of our bookings, combined with our ongoing efforts to reduce expenses, reinforces our expectations for near-term profitability. In a few quarters, we believe we will reach sustainable profitability, even as we experience normal revenue volatility, while continuing our level of investment in research and development.

“Our strong growth to date has been driven by our core business,” continued Morris. “We continue to invest in building new models that reflect the evolving standard of care to provide robust model cohorts for pre-clinical research and clinical trial simulation. We have expanded our relevant TumorBank with more than 160 new and unique models in the past six months. We are planning to expand our solution offerings with the expansion of immune-oncology (‘IO’) clinical simulation and data analytics solutions that we believe will accelerate our long term growth.”

The company ended the quarter with $3.5 million of cash and cash equivalents on the balance sheet.

Translational Oncology Services (TOS) revenue was $3.2 million and $2.1 million for the three months ended January 31, 2017 and 2016, respectively, an increase of $1.1 million or 50.7%. The increase is due to bookings growth in prior quarters, both in the number and size of the studies.

TOS cost of sales was $2.1 million and $1.6 million for the three months ended January 31, 2017 and 2016, respectively, an increase of $500,000, or 28.2%. For the three months ended January 31, 2017 and 2016, gross margin for TOS was 35.2% and 23.8%, respectively. The increase in TOS cost of sales was due to an increase in TOS studies. The improvement in gross margin was due to higher TOS revenue leveraged off the fixed cost component of the lab and effective management of the variable lab costs. Gross margin varies based on timing differences between expense and revenue recognition. While the gross margin improved, there are expenses incurred in advance of future revenue.

Full details of the Company’s financial results will be available Friday March 17, 2017 in the Company’s Form 10-Q at www.championsoncology.com. 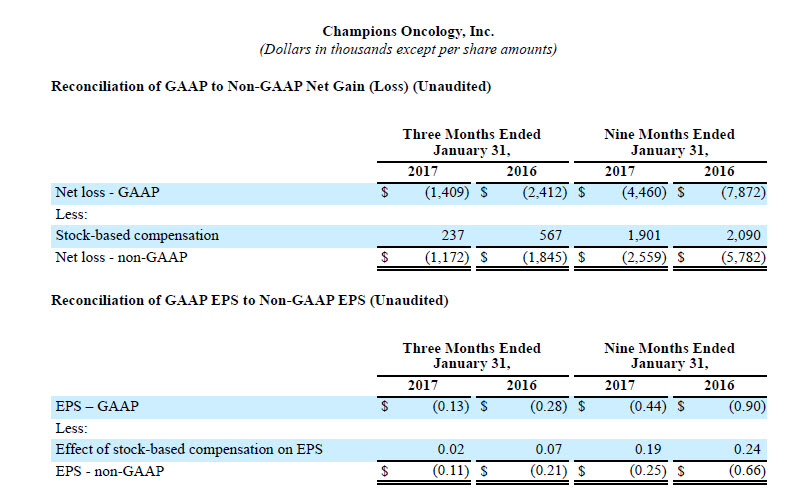 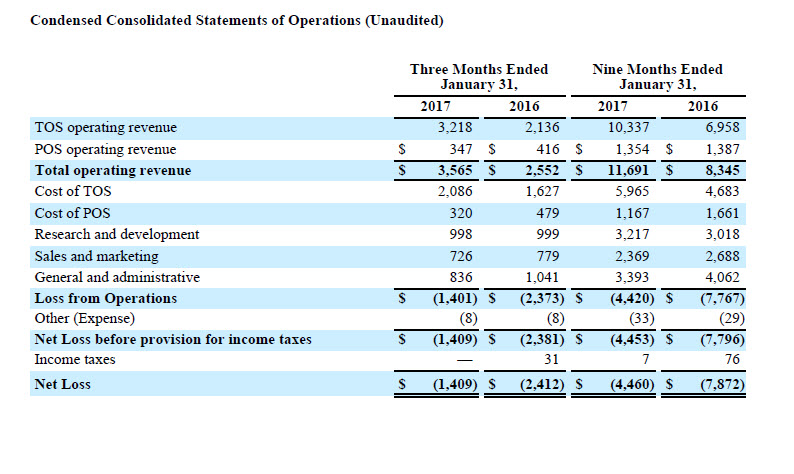 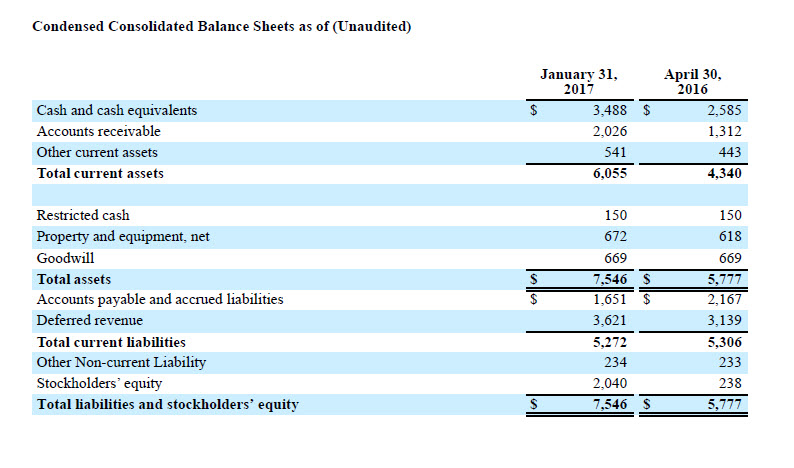 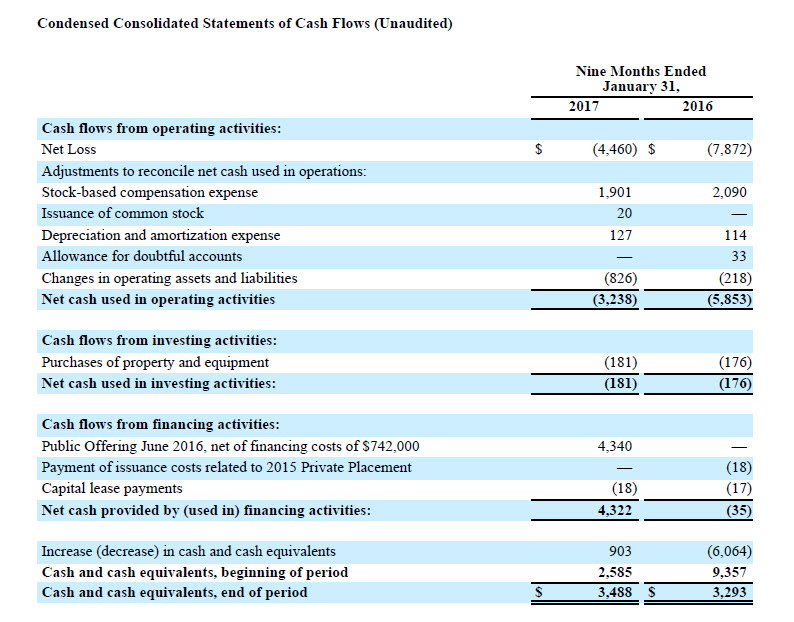