Hackensack, NJ – September 9, 2016 – Champions Oncology, Inc. (Nasdaq : CSBR) engaged in the development of advanced technology solutions and services to personalize the development and use of oncology drugs, today announced its financial results for the first quarter ended July 31, 2016.

Joel Ackerman, Champions Oncology CEO, stated, “we continued to build momentum achieving another quarter of strong revenue growth and delivering our third consecutive quarter of record TOS bookings, setting the stage for continued positive results heading into next quarter..  We have produced this revenue growth while controlling our expenses, putting us on a path to cash flow breakeven by the end of our fiscal year.”

Full details of the Company’s financial results will be available Wednesday September 14, 2016 in the Company’s Form 10-Q at www.championsoncology.com. 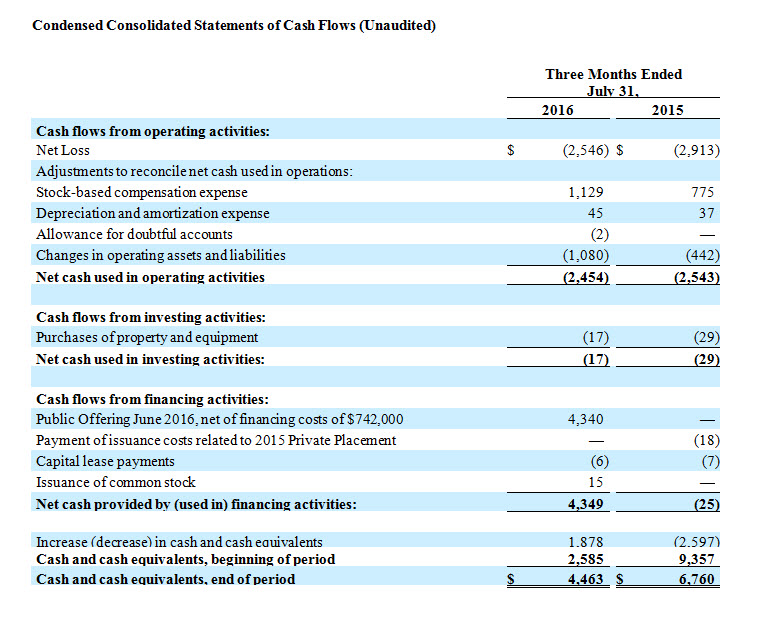