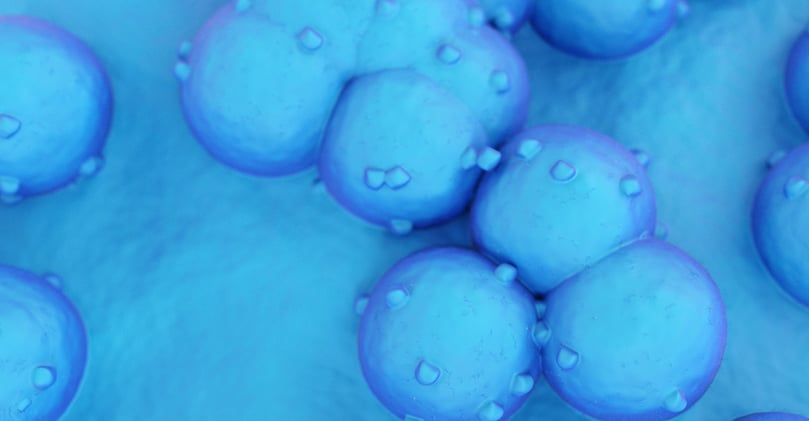 Lung cancer is an aggressive malignancy that correspond to approximately 12% of newly diagnosed cases per year and that remains one of the leading causes of cancer-related deaths (21%)[1]. Non-small cell lung cancer (NSCLC) is the most common form of lung cancer and is typically diagnosed at advanced stages[2]. Extensive genomic studies of NSCLC have been essential to identifying mutations that drive oncogenesis and has been critical to the development of targeted therapies. Here we highlight progress in NSCLC treatment and identify areas of ongoing research.

For decades, chemotherapy was the primary treatment for NSCLC, and platinum-based chemotherapies are still used today in combination with radiotherapy and targeted therapies[3]. Platinum-based chemotherapies have been improved since their initial development in the late 20th century, and “platinum doublets” or “triplets”, which combine two or three different platinum-based cytotoxic compounds, have been shown to better target NSCLC and cause less toxicity[4]. Chemotherapy is still used as a first line treatment for advanced NSCLC, but overall effectiveness is limited when used alone. Advances in targeted therapies and immune checkpoint blockade have greatly enhanced the effectiveness of chemotherapy on overall survival and progression-free survival[5].

Genetic analysis of NSCLC tumors has led to the use of targeted therapies. Mutations in the epidermal growth factor receptor (EGFR) were identified as the most prevalent defect in NSCLC patients across genders, ethnic groups, and smoking status[5,6]. Several common mutations have been characterized, but numerous rare mutations have also been identified, and most of these mutations target the tyrosine kinase domain, which results in unchecked cellular proliferation due to engagement of downstream MAKP, PI3K, and STAT signaling pathways. First (gefitinib and erlotinib) and second (afatinib and dacomitinib) generation tyrosine kinase inhibitors (TKIs) have been approved by the FDA to treat EGFR-mutated NSCLC. Unfortunately, treatment resistance and disease recurrence occur at a very high rate, and these TKIs are also associated with significant toxicity and undesirable side effects that result in adjustments of treatment regimens[7]. Third and fourth generation TKIs that target specific EGFR mutations, including those associated with acquired resistance to first and second generation TKIs, are under development or are being used in ongoing clinical trials. Many of these next generation inhibitors have been carefully designed to optimize target specificity and reduce adverse events frequency and severity[8]. Mutations in other genes have also been observed at low frequency in NSCLC, and several clinical trials are now evaluating targeted therapies with inhibitors that target these genes, including, ALK, MET, ROS1, and BRAF among others[8, 9]. In addition to small molecule inhibitors, Antibody-Drug Conjugates (ADC), a class of anti-cancer therapy capable of transporting cytotoxic drugs directly to tumor cells, are currently developed against NSCLC antigenic targets[10].

Immunotherapies that target the immune checkpoint molecules like Programmed Death (PD)-1 or its ligand PD-L1 have been shown to have therapeutic effects as second-line treatments in combination with chemotherapy[11] for patients lacking mutations that can be treated with approved targeted therapies. While several of these trials have shown improvements in overall survival, serious adverse events have also been elevated. In addition to immune checkpoint targeting, other immunotherapies are currently under development, and a bispecific antibody has been recently approved for the treatment of a subset of NSCLC patients[12].

The availability of oncogenic driver mutations and of immune checkpoint targeted therapies have revolutionized NSCLC treatment and require the concomitant development of diagnostic tools to stratify patients and maximize the efficacy of these therapeutic options [13]. Oncogenic mutations are usually good companion biomarkers to indicate a patient as eligible to receive the associated treatment, however, diagnostic strategies need to be implemented to monitor patient response and anticipate or detect acquired resistance as early as possible. Immune checkpoint proteins are also currently tested as biomarkers to stratify patient, as an example a PD-L1 diagnostic test has been recently approved by FDA as companion biomarker to identify patients who are candidates for adjuvant treatment with atezolizumab [14].

Advances in NSCLC have shifted the median overall survival from 2-4 months in the 1960s to more than 2 years since advent chemotherapy combined with immunotherapy or targeted inhibitors in the 2010s. Our deeper understanding of mutations that drive NSCLC and our ever-expanding arsenal of targeted therapies or immune modulators will further improve survival and quality of life for NSCLC patients.