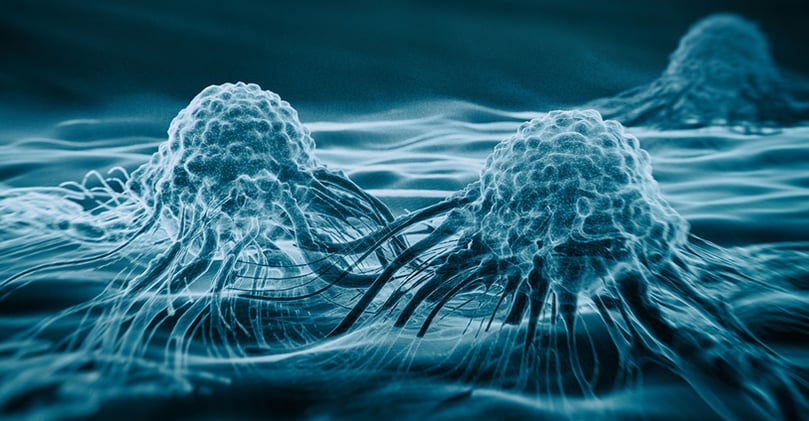 Advances in targeted ovarian cancer treatments have been facilitated by identification of cellular replication machinery in some cancer subtypes, including defects in the breast cancer-associated protein (BRCA)1 and BRCA2 genes, which play critical roles in DNA repair and transcription regulation[1]. Poly (ADP-ribose) polymerases (PARP) are a family of enzymes that can repair single strand DNA breaks through the base excision repair pathway[2]. PARPs can work together with normal BRCA1/2 to repair double strand DNA breaks by the homologous recombination (HR) pathway. Preclinical studies have shown that PARP inhibitors are effective in cells with BRCA1/2 mutations because these mutations combined with PARP inhibition cause synthetic lethality due to blockade of multiple DNA repair pathways.

Olaparib was the first PARP inhibitor approved for the treatment of germline BRCA1/2-mutated metastatic ovarian cancer in 2014[3]. This treatment was recommended for patients who had undergone three or more rounds of chemotherapy. Olaparib was later approved as a first-line maintenance therapy for germline or somatic BRCA1/2 mutations as well for the treatment of advanced ovarian cancers that have partial or complete responses to first-line platinum-based chemotherapies. Two other PARP inhibitors are also currently approved for different ovarian cancer diagnoses including rucaparib, which is approved for the treatment of germline BRCA1/2 mutations following two rounds of chemotherapy and for maintenance therapy following platinum-based therapies regardless of BRCA mutation status. Similarly, niraparib is approved to treat ovarian cancers with BRCA1/2 mutations or genomic instability and disease progression following platinum-based chemotherapies. 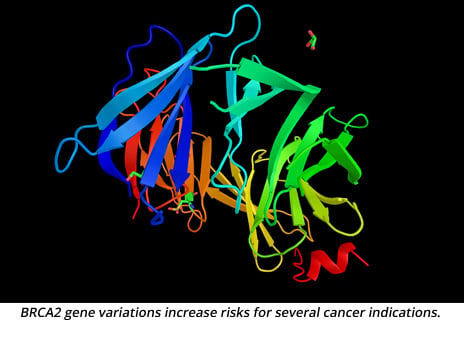 Like many other targeted therapies, some patients are completely unresponsive to treatment or develop resistance to PARP inhibitor monotherapy. Recent studies have described promising results associated with combined treatments, including PARP inhibitors combined with anti-angiogenic drugs like bevacizumab[4] or immune check point inhibitors like pembrolizumab[5]. There are currently three ongoing phase III first-line trials comparing the efficacy of combining PARP inhibitors and immune checkpoint blockade with VEGF inhibitors. Several thousand women are being enrolled in these studies with a goal of trying to determine if these combinations improve outcomes[6].

PARP inhibitors have provided clinical benefits to ovarian cancer patients who previously had limited treatment options. Future studies will likely improve the efficacy of PARP inhibition as a monotherapy or in combination with other targeted therapies.