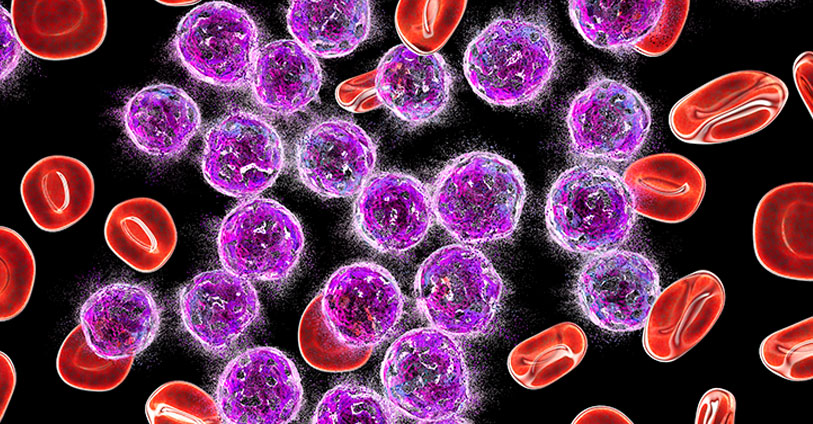 Resistance to anti-cancer treatments is a significant therapeutic challenge and is typically associated with mutations in signaling pathways that are involved in cell proliferation, survival, and tumorigenesis. Genomic analyses of relapsed pediatric acute myeloid leukemia (AML) patients have identified mutations, deletions, and changes in promoter methylation associated with Wnt-β-catenin signaling[1],[2]. Mutations in the PI3K-Akt pathway are also frequently associated with treatment resistance in AML and many other cancers[3],[4]. Hematopoietic stem cells are particularly sensitive to mutations in these signaling pathways and numerous studies have shown that targeting each of these pathways separately is associated with poor efficacy and emergence of resistance[5]. AML resistance not only emerges from chemotherapy but can also be seen in response to immunotherapy[6].

Combined therapies are emerging as a strategy to overcome treatment resistance. Numerous clinical trials are examining the efficacy of combining chemotherapy and immunotherapy-based approaches or using differing immunotherapy combinations to enhance anti-tumor immunity. Other studies are seeking to use existing drugs in different ways to avoid resistance. A recent study has shown that the anthracycline antibiotic doxorubicin (DXR) can be repurposed as a β-catenin inhibitor that targets leukemia stem cells (LSCs)[7]. 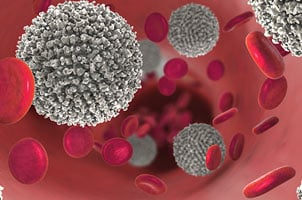 DXR has typically been used as a chemotherapeutic agent at high doses but is associated with significant toxicity. In this study, activation of both the Wnt-β-catenin and PI3K-Akt pathways are associated with expansion of LSCs. A high throughput screening of a small molecule library identified DXR as an inhibitor of β-catenin activation mediated by interactions with Akt, and low dose DXR treatment was sufficient to inhibit LSC expansion, even in chemo-resistant pS552-β-cat+ LSCs. DXR could also reduce expression of the immune checkpoint molecules PD-L1, TIM3, and CD24 on LSCs and thus reverse immune checkpoint mediated resistance. Findings from a pilot clinical trial indicated that low-dose treatment with the DXR analogue daunorubicin of adult patients with relapsed or refractory AML can specifically target chemo-resistant pS552-β-cat+ LSCs.

Future studies using next-generation sequencing technology, computational analysis, and high throughput screening will continue to advance the development of treatments for relapsed or refractory cancers. Progress also continues to be made in advancing combined treatments for both hematological malignances and solid tumors.