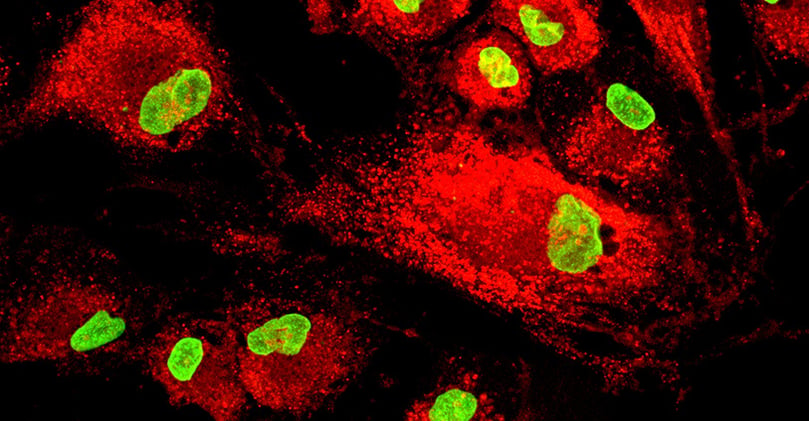 Myelodysplastic syndromes (MDS) are a group of hematological malignancies that manifest in hematopoietic stem cells and are caused by ineffective hematopoiesis[1]. MDS can manifest as cytopenia (e.g., anemia, neutropenia, or thrombocytopenia), clonal hematopoiesis or abnormalities in cell maturation and is one of the most frequently diagnosed hematologic malignancies in the United States that can progress to acute myeloid leukemia (AML).

Mutations that cause MDS have been linked to chemotherapy and/or radiotherapy as well as environmental carcinogens like benzene[2], and the incidence of MDS increases with age. Due to the high incidence of MDS in elderly populations with co-morbidities, treatment by bone marrow transplantation is often contraindicated and few therapeutic options exist. New approaches in diagnostics and treatments are currently being sought, and studies focused on the underlying mechanisms that contribute to MDS are critical to developing novel therapies. 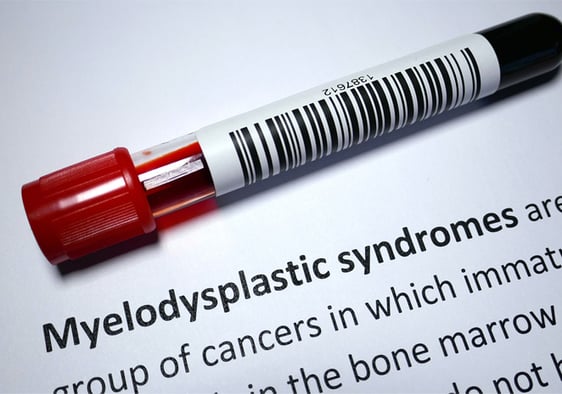 Recent studies have identified a critical role for the bone marrow microenvironment (BME) in MDS progression, particularly expansion of malignant clones. Mesenchymal stromal cells (MSCs) are a key component of the bone marrow that regulate hematopoiesis and have immunomodulatory properties. In contrast, dysplastic MSCs in the bone marrow can create a microenvironment that supports clonal expansion of malignant cells. Recent studies have shown that dysplastic MSCs from MDS or AML patients have phenotypic abnormalities, including aberration in secreted proteins and cell surface protein expression, as well as increased senescence and decreased survival[3],[4]. Disrupted methylation profiles are observed in both MDS malignant clones and MDS-MSCs, and these methylation changes impact multiple signaling pathways which create a chronically inflamed BME that is harmful to normal HSCs but supports expansion of MDS clones[5]. MDS-MSCs also secret extracellular vesicles enriched with the microRNA miR-486-5p that can promote leukemogenesis[6]. In addition, MDS-MSCs secrete high levels of the immunosuppressing cytokine TGF-β1, which reduces effectiveness of adaptive immune responses against malignant cells in BME[7].

Current therapies approved to treat MDS include hypomethylating agents, such as 5-azacitidine or decitabine, which can reverse abnormal methylation in MDS cells. Luspatercept, a recombinant protein that can bind to exogenous TGF-β, was first used to treat the β -thalassemia form of anemia and has also been recently approved for the treatment of low-risk MDS[8]. Next-generation sequencing technology has also enabled the identification of mutations in MDS specimens that can be treated with targeted therapies, such as inhibitors specific to mutations in TP53, IDH, or Bcl2[9]. Improvements in molecular diagnostics and flow cytometry will continue to deepen our understanding of MDS progression and help identify promising therapeutic targets.