Melanoma broadly defines cancers that originate in melanocytes in the skin, eye, and inner ear. Cutaneous malignant melanoma is one of the most aggressive and fatal forms of this disease, but advances in immuno-oncology have dramatically improved outcomes[1].  Advances in cancer genomics have been critical to evaluating which mutations are involved in a shift toward metastasis and have been valuable to informing treatment options using novel inhibitors that target specific gene mutations. Here we highlight mutations that are critical to tumor formation and metastasis and feature immuno-oncology treatments that are in use or being evaluated as individual or combination treatments.

Mutations in the BRAF gene have been linked to malignant melanoma and are thought to be present in more than half of these malignant tumors. The BRAF gene encodes RAF proteins, which are serine/threonine kinases that are involved in the MAPK signaling pathways and play critical roles in cell proliferation, differentiation, and survival, and are critical to driving a metastatic process defined by the epithelial-to-mesenchymal transition[2]. Many malignant melanomas have mutations in BRAF, particularly the V600E mutation and are also likely to have mutations in KRAS or NRAS genes, which results in hyperactivation of MAPK signaling and elevated oncogenic signaling via MEK[3]. Numerous preclinical and clinical studies have sought to identify BRAF inhibitors that target mutations based on their effects on other signaling partners like RAS or RTK. Several phase III studies suggested that combination therapy with BRAF and MEK inhibitors could improve progression-free survival and overall survival[4],[5], but some patients develop resistance to BRAF inhibitors, usually due to secondary genetic or epigenetic changes that target other components of MAPK signaling or alternative signaling pathways[6]. BRAF mutations may be coupled with silencing of tumor suppressor genes that are critical drivers of hyperplasia and malignancy. Recently, a study of 232 patients with metastatic or unresectable BRAF V600E-mutated melanoma on combined BRAF/MEK inhibitor treatment showed that detection of TERT promoter mutations was associated with longer progression-free survival and overall survival[7]. Additional studies are needed to validate TERT promoter mutations as a viable marker for determining MAPK inhibitor therapy. Epigenetic silencing of the PTEN tumor suppressor coupled with the BRAF V600E mutation can promote melanoma metastasis in mouse models[8], and patients with both BRAF mutations and loss of PTEN have worse outcomes[9]. Another recent study characterized primary tumor and sentinel lymph node (SLN) metastases in metastatic melanoma. They determined that primary and SLN tumor metastasis mutational burden, extent of non-SLN metastasis, tumor thickness and ulceration were all factors that correlated with worse melanoma specific survival, thus providing a broader perspective of factors that are linked to survival[10]. 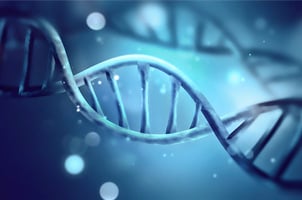 Immune checkpoint inhibitors (ICIs) have transformed the treatment of metastatic melanoma. These treatments are monoclonal antibodies that bind to immune checkpoint molecules or receptors on the surface of T cells or tumor cells, which breaks immune tolerance and allows T cells to mount anti-tumor responses. PD-1/PD-L1 and CTLA-4 are current targets of FDA-approved ICIs (ipilimumab for CTLA-4 and nivolumab/pembrolizumab/atezolizumab) for PD-1/PD-L1) that have been approved to treat metastatic melanoma, but these treatments have also faced the challenges of treatment resistance or toxicities. In a recent phase III trial, the efficacy of adjuvant PD-1 blockade therapy was shown to be superior to standard-of-care IFNα-2b adjuvant therapy for reducing recurrence but not improving overall survival in patients with high-risk resected melanoma[11]. PTEN loss in patients has been linked with poor anti-tumor T cell responses upon PD-1 blockade, likely due to increased production of immunosuppressive cytokines and poor infiltration of cytotoxic T cells into tumor sites[12].  Clinical trials using PD-1 blockade with BRAF and/or MEK inhibitors have shown promising results in progression-free survival for BRAF V600E-positive advanced melanoma and metastatic melanoma patients[13], and larger trials are underway to further validate these findings.

Across the immuno-oncology landscape, combined therapies that target multiple mechanisms are yielding promising results for otherwise refractory cancers like metastatic melanoma. Cancer genomics have revealed how mutations are critical to initiating tumor cell growth and metastasis. There is still a lack of effective inhibitors that target tumor suppressors therapeutically, and ICI treatments can cause potentially dangerous side effects due to shifts in the immune response. Future research on metastatic melanoma is likely to yield improvements in genomic diagnosis and better targeted therapies.