Gastrointestinal cancers are a heterogeneous group of cancers that can be caused by H. pylori bacterial or Epstein-Barr virus infection, chronic inflammation, or inherited or spontaneous genetic mutations. Advances in solid tumor immunotherapy for gastrointestinal cancers includes the development of methods that improve the screening, evaluation, and development of more precise and robust treatments. Breakthroughs in basic and translational research are leading to better treatment options for gastrointestinal cancer, and CRISPR/Cas9-based (clustered regularly interspaced short palindromic repeats/CRISPR-associated protein 9) gene editing technology is at the forefront of these discoveries.

CRISPR/Cas9-based gene editing technology was originally identified in bacteria and archaea as an antiviral defense mechanism[1]. As a gene editing application, CRISPR/Cas9 uses the Cas9 nuclease to cleave specific sequences in the target DNA and introduces modifications such as knock-in or knock-out mutations[2]. The DNA sequence is targeted using a single-guide RNA (sgRNA) comprised of CRISPR RNA (crRNA) and trans-activating CRISPR RNA (tracRNA), and these RNAs can be expressed on the same plasmid as the Cas9 nuclease upon delivery into target cells. The crRNA/tracrRNA duplex can bind to the complementary sequence in the genomic DNA and recruit Cas9, which cleaves the target sequence and allows for DNA repair by either homology directed repair or non-homologous end pairing. This repaired sequence is now a part of the genomic DNA and leaves virtually no trace of gene editing.

CRISPR/Cas9 gene editing has been used for several applications in oncology research. One of the earliest applications involves knockout screens in which a library of sgRNAs is used to transfect a pool of knockouts that can be used for gain-of-function or small molecule/drug screens. Genome-wide screens of cancer cell lines have been useful in identifying genes that are essential to cancer cell growth but can be prone to false-positive hits if the screens are not correctly designed or analyzed[3]. Genome-wide screens have also been used to identify genes linked to resistance, and such gene hits have been identified in a melanoma library screen, when treating with the inhibitor vemurafenib[4]. Combinatorial CRISPR/Cas9 screens are now being used to target multiple genes, and this approach can be used for defining genetic or cellular pathways involved in cancer or characterizing drugs that target multiple genes[5]. 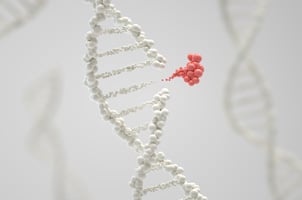 CRISPR/Cas9 has moved beyond in vitro cell culture and can be used for human organoid models for studying oncogenesis. ARID1A is one of the most frequently mutated genes in solid tumors, including gastric tumors[6]. ARID1A encodes a BAF complex subunit that normally targets BAF to AT-rich DNA sequences to regulate transcription. Mouse studies have suggested that ARID1A is involved in gastrointestinal cancer oncogenesis, but this was not validated in humans until a recent study that used CRISPR/Cas9-mediated depletion of ARID1A wild-type human gastric organoids. This ARID1A-knockout organoid system established a forward genetics model of gastric cancer that resembled gastric cancer phenotypically and identified BIRC5/Survivin as a key player in early tumorigenesis. This type of organoid model is not only useful for basic oncogenesis studies but can be used for small molecule inhibitor screens.

CRISPR/Cas9 gene editing will continue to transform basic and clinical research, and regulatory agencies are now developing frameworks to allow for the use of this revolutionary tool in a wide range of diseases.